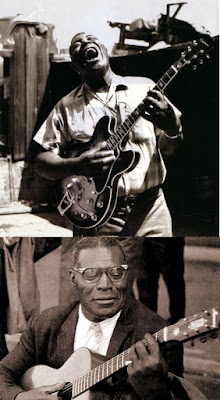 With a booming voice and looming physical presence, Burnett is commonly ranked among the leading performers in electric blues; musician and critic Cub Koda declared, "no one could match [Howlin' Wolf] for the singular ability to rock the house down to the foundation while simultaneously scaring its patrons out of its wits." Many songs popularized by Burnett—such as "Smokestack Lightnin'," "Back Door Man" and "Spoonful"—have become standards of blues and blues rock.

At 6 feet, 6 inches (1,98m) and close to 300 pounds (136kg), he was an imposing presence with one of the loudest and most memorable voices of all the "classic" 1950s Chicago blues singers. Howlin' Wolf's voice has been compared to "the sound of heavy machinery operating on a gravel road". Although the two were reportedly not that different in actual personality, this rough edged, slightly fearsome musical style is often contrasted with the less crude but still powerful presentation of his contemporary and professional rival, Muddy Waters, to describe the two pillars of the Chicago Blues representing the music.

Howlin' Wolf, Sonny Boy Williamson (Rice Miller), Little Walter Jacobs and Muddy Waters are usually regarded in retrospect as the greatest blues artists who recorded for Chess in Chicago. Sam Phillips once remarked of Chester Arthur Burnett, "When I heard Howlin' Wolf, I said, 'This is for me. This is where the soul of man never dies.' " In 2004, Rolling Stone Magazine ranked him #51 on their list of the 100 Greatest Artists of All Time.

Early life
Born in White Station, Mississippi, near West Point, he was named after Chester A. Arthur, the 21st President of the United States, and was nicknamed Big Foot Chester and Bull Cow in his early years because of his massive size. He explained the origin of the name Howlin' Wolf thus: "I got that from my grandfather [John Jones]." He used to tell him stories about the wolves in that part of the country and warn him that if he misbehaved, they would "get him". As a youth he listened to Charley Patton, who taught him the rudiments of guitar, as well as to the Mississippi Sheiks, Tommy Johnson and Jimmie Rodgers, who was Wolf's childhood idol. Wolf tried to emulate Rodgers' "blue yodel", but found that his efforts sounded more like a growl or a howl. "I couldn't do no yodelin'," Barry Gifford quoted him as saying in Rolling Stone, "so I turned to howlin'. And it's done me just fine." His harmonica playing was modeled after that of Rice Miller (also known as Sonny Boy Williamson II), who had lived with his sister for a time and taught him how to play. He played with Robert Johnson and Willie Brown in his youth.

He farmed during the 1930s, served in the United States Army as a radioman in Seattle during World War II, and by 1948 had formed a band which included guitarists Willie Johnson and M. T. Murphy, harmonica player Junior Parker, a pianist remembered only as "Destruction" and drummer Willie Steele. He began broadcasting on KWEM in West Memphis, Arkansas, alternating between performing and pitching farm equipment, and auditioned for Sam Phillips's Memphis Recording Service in 1951.

According to the documentary film The Howlin' Wolf Story, Howlin' Wolf's parents broke up when he was young. His very religious mother Gertrude threw him out of the house while he was still a child for refusing to work around the farm; he then moved in with his uncle, Will Young, who treated him badly. When he was 13, he ran away and claimed to have walked 85 miles (137 km) barefoot to join his father, where he finally found a happy home within his father's large family. During the peak of his success, he returned from Chicago to his home town to see his mother again, but was driven to tears when she rebuffed him and refused to take any money he offered her, saying it was from his playing the "Devil's music".

Career
1950s
Howlin' Wolf quickly became a local celebrity, and soon began working with a band that included Willie Johnson, and guitarist Pat Hare. His first recordings came in 1951, when he recorded sessions for both the Bihari brothers at Modern Records and Leonard Chess' Chess Records. Chess issued Howlin' Wolf's How Many More Years in August 1951; Wolf also recorded sides for Modern, with Ike Turner, in late 1951 and early 1952. Chess eventually won the war over the singer, and Wolf settled in Chicago, Illinois c. 1953. arriving in Chicago, he assembled a new band, recruiting Chicagoan Joseph Leon "Jody" Williams from Memphis Slim's band as his first guitarist. Within a year Wolf enticed guitarist Hubert Sumlin to leave Memphis and join him in Chicago; Sumlin's terse, curlicued solos perfectly complemented Burnett's huge voice and surprisingly subtle phrasing. Although the line-up of Wolf's band would change regularly over the years, employing many different guitarists both on recordings and in live performance including Willie Johnson, Jody Williams, Lee Cooper, L.D. McGhee, Otis "Big Smokey" Smothers, his brother Abe "Little Smokey" Smothers, Jimmy Rogers, Freddie "Abu Talib" Robinson, and Buddy Guy, among others, with the exception of a couple of brief absences in the late '50s Sumlin remained a member of the band for the rest of Wolf's career, and is the guitarist most often associated with the Chicago Howlin' Wolf sound.

In the 1950s Wolf had four songs that qualified as "hits" on the Billboard national R&B charts: "How Many More Years", his first and biggest hit, made it to #4 in 1951; its flip side, "Moanin' at Midnight", made it to #10 the same year; "Smoke Stack Lightning" charted for three weeks in 1956, peaking at #8; and "I Asked For Water" appeared on the charts for one week in 1956, in the #8 position. In 1959, Wolf's first album, Moanin' in the Moonlight, a compilation of previously released singles, was released.

1960s
His 1962 album Howlin' Wolf is a famous and influential blues album, often referred to as "The Rocking Chair album" because of its cover illustration depicting an acoustic guitar leaning against a rocking chair. This album contained "Wang Dang Doodle", "Goin' Down Slow", "Spoonful", and "Little Red Rooster", songs which found their way into the repertoires of British and American bands infatuated with Chicago blues. In 1964 he toured Europe as part of the American Folk Blues Festival tour produced by German promoters Horst Lippmann and FriIn 1965 he appeared on the television show Shindig at the insistence of The Rolling Stones, who were scheduled to appear on the same program and who had covered "Little Red Rooster" on an early album. He was often backed on records by bassist and songwriter Willie Dixon who is credited with such Howlin' Wolf standards as "Spoonful", "I Ain't Superstitious", "Little Red Rooster", "Back Door Man", "Evil", "Wang Dang Doodle" (later recorded by Koko Taylor), and others.

In September, 1967, he joined forces with Bo Diddley and Muddy Waters for The Super Super Blues Band album of Chess blues standards, including "The Red Rooster" and "Spoonful".

Unlike many other blues musicians, after he left his impoverished childhood to begin a musical career, Howlin' Wolf was always financially successful. Having already achieved a measure of success in Memphis, he described himself as "the onliest one to drive himself up from the Delta" to Chicago, which he did, in his own car on the Blues Highway and with four thousand dollars in his pocket, a rare distinction for a black blues man of the time. In his early career, this was the result of his musical popularity and his ability to avoid the pitfalls of alcohol, gambling, and the various dangers inherent in what are vaguely described as "loose women", to which so many of his peers fell prey. Though functionally illiterate into his 40s, Burnett eventually returned to school, first to earn a G.E.D., and later to study accounting and other business courses aimed to help his business career.

Wolf met his future wife, Lillie, when she attended one of his performances in a Chicago club. She and her family were urban and educated, and not involved in what was generally seen as the unsavory world of blues musicians. Nonetheless, immediately attracted when he saw her in the audience as Wolf says he was, he pursued her and won her over. According to those who knew them, the couple remained deeply in love until his death. Together they raised Lillie's two daughters from an earlier relationship, Bettye and Barbara.

After he married Lillie, who was able to manage his professional finances, Wolf was so financially successful that he was able to offer band members not only a decent salary, but benefits such as health insurance; this in turn enabled him to hire his pick of the available musicians, and keep his band one of the best around. According to his daughters, he was never financially extravagant, for instance driving a Pontiac station wagon rather than a more expensive and flashy car.

Legacy
Burnett died at Hines VA Hospital in Hines, Illinois, USA on January 10, 1976 and was buried in Oak Ridge Cemetery, Hillside, Cook County, Illinois in a plot in Section 18, on the east side of the road. His large gravestone, allegedly purchased by Eric Clapton, has an image of a guitar and harmonica etched into it.

Burnett was portrayed by Eamonn Walker in the 2008 motion picture Cadillac Records.

Grammy Hall of Fame
A recording of Howlin' Wolf was inducted into the Grammy Hall of Fame, which is a special Grammy award established in 1973 to honor recordings that are at least twenty-five years old, and that have "qualitative or historical significance." 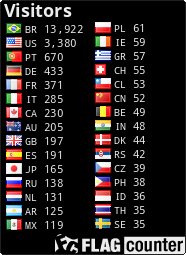